Just about perfect, I say.
Victory Of The Soul, Triumph Over Ordeal
Top

I agree with you on everything other than the old man. it seems like its ernest considering hes dead hes an old man and hes needless now that he has the obsidion goblet and the white chrism. other than that sounds pretty accurate to me.
Do not try and bend the spoon. That's impossible. Instead... only try to realize the truth. There is no spoon.
Top

I always saw the coins as representations of the victims of SH2's trio.
Old man = Angela's father
Snake = the football player (the way Eddie was looking at him, for making a fool out of him)
Prisoner = Mary (of course a prisoner of her disease. Unable to do anything, trapped at her own bed.)
http://twitter.com/quieterworlds
Forget it, Jake. This is Chinatown.
Top

This can't be right. I mean again? Both here AND at the garden's puzzle?
Furthermore, they don't even match. Who is the Old Man?
http://twitter.com/quieterworlds
Forget it, Jake. This is Chinatown.
Top

In order to explain the coins, you have to also explain their flip-sides, which no one bothers with.
This post is the property of its author and is not to be used elsewhere without explicit permission from the author. 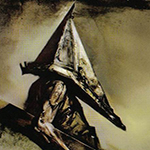 The coins have images on their reverse sides.

Â· Snake / Crescent Moon
Â· Prisoner / Eggs
Â· Old Man / Gravestone
This post is the property of its author and is not to be used elsewhere without explicit permission from the author.

the eggs= james. ( the rusted and scarlet eggs at the 2 Phead "fight")
thats just a guess.
[img]http://i1226.photobucket.com/albums/ee419/silentfog/signature.jpg[/img]
Top

No, but he has a really good point. Many of the fans are like "wtf" in the final boss fight when the Pyramid Heads have eggs, because for all intents and purposes, it almost seems like a random inclusion. Generally, the themes in SH2 aren't divorced from each other, and you can generally find references throughout the game that link them- except for the eggs.

But on the back of the Prisoner coin, we finally have a direct second reference to eggs, which could mean the coin is meant for James. If the "Bringer of Life" and the "Bringer of Shame" distinguish the eggs from one another, we can tentatively link those to the eggs in the final boss fight. Perhaps the blood red one is the Bringer of Life, while the rust-colored one is the Bringer of Shame, where the red evokes fresh blood, and the rust color evokes congealed, dried blood and decay. And that could actually be another one of the factors that decide what ending you get- whether you decide to focus on life and move on, or whether you decide to focus on the shame that you've endured through your memories.

Back to the coins: in regards to the serpent coin, the Horned One could very well reference the Devil, or it could just mean the two points on the crescent moon. The "all sins be sprung" could just be pointing to the darkness that must be present in order for the moon to be there.

The last stanza I find interesting- it hints that there's a fair amount of dumb luck in redemption/damnation. Sort of like your fate being decided on a coin toss. But then, that's a very weird idea for a game that stresses choices in deciding your fate.
Top

The prisoner coin depicts a woman, though, which James is decidedly not.
This post is the property of its author and is not to be used elsewhere without explicit permission from the author.

I'd only have to edit my theory a little, and it would still connect to James- the woman in the coin is referencing Mary, who is the oppressed prisoner, related to the Oppressor tablet.
Top

But James is officially the Oppressor tablet.
This post is the property of its author and is not to be used elsewhere without explicit permission from the author.

Old Man = This could be Mary. Mary was much like an old bed ridden man, waiting to die, etc.
Snake = I see this as Angela's father. He was much like how the bible depicts a snake, as evil. Snakes were worshiped in other countries, and early Christians depicted their worship as evil, therefore depicting a snake as evil.
Prisoner = Hm, well this one is tricky. A prisoner is defined as one who is confined in a position they're forced to. Eddie did shoot the football player in the leg, maybe causing him to be disabled, in a position they were forced in (technically).

Well, that was my theory. Some of my points may be a bit too stretched, though

If James is the Opressor, Mary is obviously the Prisoner, which depicts a woman and is affiliated with eggs and everything. That one's fucking obvious, imo.
[quote="BlackFire2"]I thought he meant the special powers of her vagina.[/quote]
Top

>If James is the Opressor, Mary is obviously the Prisoner, which depicts a woman and is affiliated with eggs and everything. That one's fucking obvious, imo.

Thanks, Aura, you got what I was trying to say. I was rather stoked that that whole line of reasoning came together.

So in that case, can we say that each of the other coins represents the figure that the other characters fixate on, and drew them to Silent Hill?
Top

The Adversary wrote:The prisoner coin depicts a woman, though, which James is decidedly not.

your right. it may depict his wife mary, which is, a woman.

I'm going to take a random crack and assume that the Old Man might be related to Angela? My mind is probably basing this entirely on how people call their dad "the old man" but hey.
[quote="BlackFire2"]I thought he meant the special powers of her vagina.[/quote]
Top
Post Reply
59 posts