I'm sorry if this has been talked about before, but I did a search and couldn't find anything. I've been replaying 0rigins and SH1 recently, and the main difference between the two that struck me was the otherworld when you were outside. In SH1, the ground was made up of metal grates and nothing else, with nothing beneath it apart from a few pipes. There were wind turbines spinning in the background. It was massive, there was always something moving, and you could see very little in front of you, but the little you could see was immensely creepy. There was no music, just the noises of the creatures in the distance. Something was always chasing you, you could never stop running.

On the one occasion when you do get to go outside in the otherworld (after the flauros puzzle), it's ridiculously small. The streets aren't even half the size of those in the original (look down the street to the shopping mall), you can see much further ahead. Music is blaring out in a desperate bid to scare you, it feels really still, the creatures are the only things moving. There are only 3 types of enemies and they're all crammed into the tiny space. You're never chased by a creature they just slowly shuffle towards you. Walls are scattered around for no real reason (it doesn't feel like you're outside, just in a roofless building). The floor is essencially a road with a layer of metal on top of it. I feel really picky, but the otherworld was a big let down for me. The cut scene before was really promising, with fire and blades spinning beneath the grates, and then when you find yourself running away from Allessa all these things disappear. Did anyone else feel the same?
Last edited by DirtyNorris on 13 Sep 2009, edited 2 times in total.
[img]http://i904.photobucket.com/albums/ac241/DirtyNorris/o0p1cpjpg.png[/img]
Top

I liked the Otherworld experienced near the end of the game. It was different than the others, and was really just a way to get you from point A to point B quickly. I thought it worked well for what it was.
I once was lost, but am now profound.
Top 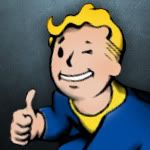 I aggree the one from SH1 was a lot better. But I didn't think this one was that bad. There were some great Otherworld enviroments in Origins. But the final part felt like a roofless building yes. I looked at my map and thought "What? Is this the street?!"

It really did make you feel enclosed in a small area rather than being outdoors. Disappointingly short, little exploration.
It kind of reminded me of the Shibito Nest in Siren (just a bit).
Top

Glad to see I wasn't the only one, I thought I was paranoid. Did anyone notice how small the houses were as well? The only thing I thought was a nice idea was the barbed wire that was wrapped around the trees.

Completely off topic, but is Siren any good by the way? I went for Project Zero instead.
[img]http://i904.photobucket.com/albums/ac241/DirtyNorris/o0p1cpjpg.png[/img]
Top

DirtyNorris wrote:Glad to see I wasn't the only one, I thought I was paranoid. Did anyone notice how small the houses were as well? The only thing I thought was a nice idea was the barbed wire that was wrapped around the trees.

Completely off topic, but is Siren any good by the way? I went for Project Zero instead.

Siren is good, but it also has a pretty high level of difficulty. There are many similarities between it and Silent Hill, since some of the original "Team Silent" developed it. Siren 2 is supposedly the best in the series, although I can only go by other people's testimonies on that, since I was never able to play the game myself(no US release). Siren: Blood Curse, the latest game in the series, is a re-imagining of the first game. Siren: Blood Curse boasts some gameplay improvements and a huge nerf to the difficulty, but the plot was also simplified quite a bit.

*Edit: Here is a link to the (Forbidden) Siren thread in Lakeside: http://silenthillforum.com/viewtopic.ph ... en&start=0

I didn't notice too much during this otherworld section. I was mostly concerned with following the path marked for me on the map and dodging enemies. I did notice the barbed wire-wrapped trees though; they kind of reminded me of the bandage-wrapped trees in Silent Hill 4. As for the size of the area, I didn't notice that much either, since as I stated, I was mostly concerned with blitzing it to Green Lion Antiques. I supposed I didn't pay enough attention to the area for me to feel dissappointed about it.

Well personally I prefer Origins nowhere/outside area to SH1. 1 was a bit too large for my comfort and made me scan my map every 5 to 10 steps just to make sure I didn't get mixed up.

Plus I prefer games mix things up some. Not every game needs the same material that you walk on or area you walk through each game. If every outside area in all games was simply the metal with nothing else it would get more predictable than it already is imo.

The small confined nowhere in Origins may not had much exploration, but required you to confront several monsters on the way to the end, unlike in 1 where I could literally avoid everything outside.
Top

Yeah, it's really sad that this is the only outdoor otherworld section outside of SH1 (and I don't count SH2 after you leave the hospital or anything from SH4, haven't played SHH yet).

Gameplay wise, this part was pretty lame, but I actually really like the music during it, and the scenes before and after.

I really hope that in Shattered Memories you see the whole town transform. That combined with an outdoors final boss would be amazing!
Top

i thought that it was a little too confined. and there were wayyy too many enemies that were as big as houses just walking around for no apparent reason. especially at the end of the game. i personally like SH1's otherworld out side better. but i found a lot of the other world parts in origins to be absolutely terrifying. like in the asylum. hated that level lol. couldn't sleep without a light.
"The Enrichment Center is committed to the well being of all participants. Cake and grief counseling will be available at the conclusion of the test. Thank you for helping us help you help us all."
Top

For a PSP game they could not re-build the entire town in the alternate version. I agree that the enemies were boring at that point and did not put up much of a fight. I still liked it.
The meaning of all life, the universe, and the answer to all questions is:

I really like the otherworld in Motel. It's aesthetically wonderful - possibly best in the series. Final part in the town is not quite in that league but I like it anyhow. It's not very interesting from a gameplay perspective but it's not long either. People have complained about the enemies saying that only 3 types are present and they are too passive. There were 3 of them in the original also - Rompers, Worm Heads and Nightflutters. The ones in Origins' Otherworld are not as fast but in any case will pursue Travis. Two Backs do it rather quickly.
I am Malth. You will never get past me.
Top

SH1 is better since it has more scare factor.....
SH1 Otherworld scared me more than SHO.......
I'didnt feel the scariness in SHO...... I didn't even jump at anything
In SH1...... WOW! I remember the random crash,bangs when running around the hospital,nowhere, etc.
Top

I really liked the otherworld or as I like to call it Nightmare mode. (I think I got that from a Silent Hill 1 walkthrough.) Well anyway I thought Origin's really nailed Nightmare mode. I feel if you look at games later in the series they go away from the blood too much. One of the things that really unnerves me about Silent Hill is the blood all over the walls on the floor or when the place you are in actually feels like it is living like the walls are breathing and pulsing and all that kind of stuff. I find that stuff really, really creepy. That is in Origins and not so much in some of the later titles. I am writing this after having played both Homecoming and Downpour. Those games were good and had their highpoints but in a lot of ways Origins delivered more of the mood I have come to expect from the world of Silent Hill.This game for me falls in right after 1&2 as far as I am concerned.

Love this site thanks for giving rabid fans a place to share.
Top

I think the otherworld were different because of Alessa's influences and Travis.
In origins the world wasn't as strongly influenced by Alessa like in Silent Hill 1.
Silent Hill is like a living thing and the fans are it's blood.
Silent Hill will lose blood time to time but it won't die that easily.
It can still make new blood.
Top

well i don't have anything to complaing about silent hill origins, except last two puzzles, the fish callendar and the cubes. i had to look in the internet for answers
Top
Post Reply
15 posts • Page 1 of 1