The Strange Tale of Oshikiri

The Strange Tale of Oshikiri

I'd recently picked up the new 'Frankenstein' manga collection by Junji Ito.

it had an old collection of his stories in there such as:

The first 4 all revolve around a character of Oshikiri, a high school boy caught in some weird tales of murder and other supernatural occurences.

The weird thing about the first 4 stories is that they all involve the same character, but it is also as if each one of them is a completely different character in different circumstances, but in the same chronological time.

These culminate in the latter two stories 'The Strange Tale of Oshikiri' which then reveals that the previous 4 stories all involve a different Oshikiri in different dimensions. The common element is that Oshikiri lives in a weird house where these dimensions overlap, and thus phenomena from one world can be seen and infiltrates each other's world.

There is bunch of imagery and concepts in these stories that are a lot like what we see in the TGS Silent Hills teaser, and in P.T. itself.

Considering Ito's involvement I wonder if Kojima & Del Toro took inspiration from these specific stories of Ito's when they were crafting P.T./Silent Hills, particularly the idea of being trapped in a weird house, and with overlapping dimensions and where the character discovers other versions of himself.

One of these stories were even adapted in the Junji ito Collection anime, though that series really didn't do justice to Ito's work... 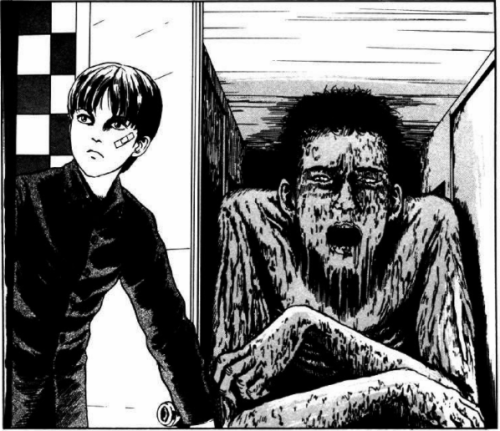 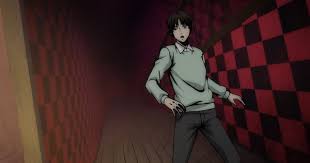