Everything we know - and don't know, I guess - about all those Silent Hill rumours.

If I remember correctly, I got the aglaophotis but never finished the whole Kaufmann quest. I know I went into Annie's Bar and saved him, just never figured out what to do in Norman's Motel.

I kinda don't think the developers expected players to explore a lot in the first game until their second playthrough. That's how it was for me, at least. I didn't use a walkthrough or anything (until the goddamn Zodiac puzzle).

That's something I would to see more of in the remake, though—more in-town puzzles like in the first game, not just me scouring every single dead-end and alleyway looking for some obscure reference and irritating my friends as I play.
This post is the property of its author and is not to be used elsewhere without explicit permission from the author.

There of course remains the question if a remake of Silent Hill should or should not be more streamlined in order to appeal to today's masses. So for example, you could make entering Annie's Bar obligatory by shutting off certain roads, but still put a time limit on saving Kauffmann. That way the good endings would not be too missable for first time players, and would more or less depend on your moral choices.
I EAT GALAXIES FOR BREAKFAST.
Top

The way I always read the whole Aglaophotis plot point is that Toyama was toying around with the idea of Harry being stuck in a time loop. So to get the best ending you (and to an extension he) would need to use knowledge acquired from previous iterations where you saw Kaufmann use it.
My music.
Top

In the official Silent Hill novelization, Harry sees the red in Cybil's eyes and equates that with the mysterious red liquid. That, of course, is a pretty poor explanation, but you gotta work with what you got. I mean, by that logic, Harry could have splashed it on any of the nurses or doctors he sees and would have gotten the same result. I don't recall if I bothered trying to use the aglaophotis on anything in particular when I first played.

>the question if a remake of Silent Hill should or should not be more streamlined in order to appeal to today's masses.<
This may be a stupid question, but are casual gamers picking up Silent Hill for the first time really going to try and get every ending? I mean, not people like us, just people who are, like, "Oh I always wanted to play this annnnnd I'm done."
This post is the property of its author and is not to be used elsewhere without explicit permission from the author.

^Exactly why they might want to make it more accessible. If the casual gamer is just going to play it 1 time, developers nowadays would want to make sure that players get the best possible one-time experience; that includes streamlining the story so that big events are not easily missed. I could think of many other examples such as the important conversation Harry has with Cybil after he saves her at the amusement park. So in order to unlock the bad endings you'd have to play intentionally bad instead of the other way around.

I'm not saying it's the right choice, but it's certainly a possibility.
I EAT GALAXIES FOR BREAKFAST.
Top

The Adversary wrote: ↑19 Jan 2023 I think what jdnation means is that, while there are more levels in SILENT HILL, some of them are repeated. The sewers are pretty much identical, and Nowhere is nearly a replica of Alchemilla Hospital, so recreating it in its entirely wouldn't be quite as tedious as possibly SILENT HILL 2.

At least that was my interpretation.

Yes! Thank you! As a technical effort, remaking SH1 is easier.

Even if we did a 1:1 count in terms of 'levels/locations', SH2's environments are more diverse than SH1 in terms of room variety, objects, and design.

In one sense it would make a remake easier if it was just a 1:1 touch-up.

But even if they wanted to go whole hog on a very good redesign to keep up in terms of quality with SH2 Remake, artistically they can be more creative precisely due to the limitations of the original PSOne product.

For example, here is the SH1 Church: 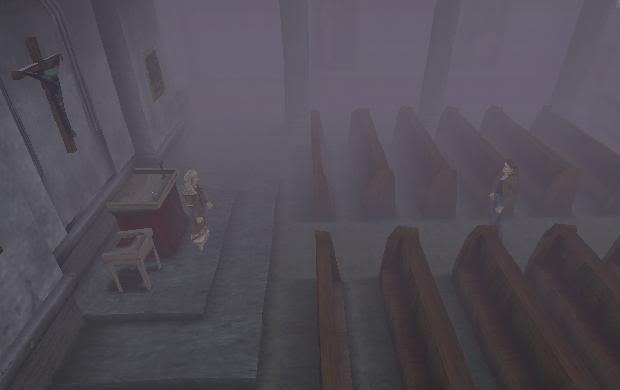 Here is the SH3 Church: 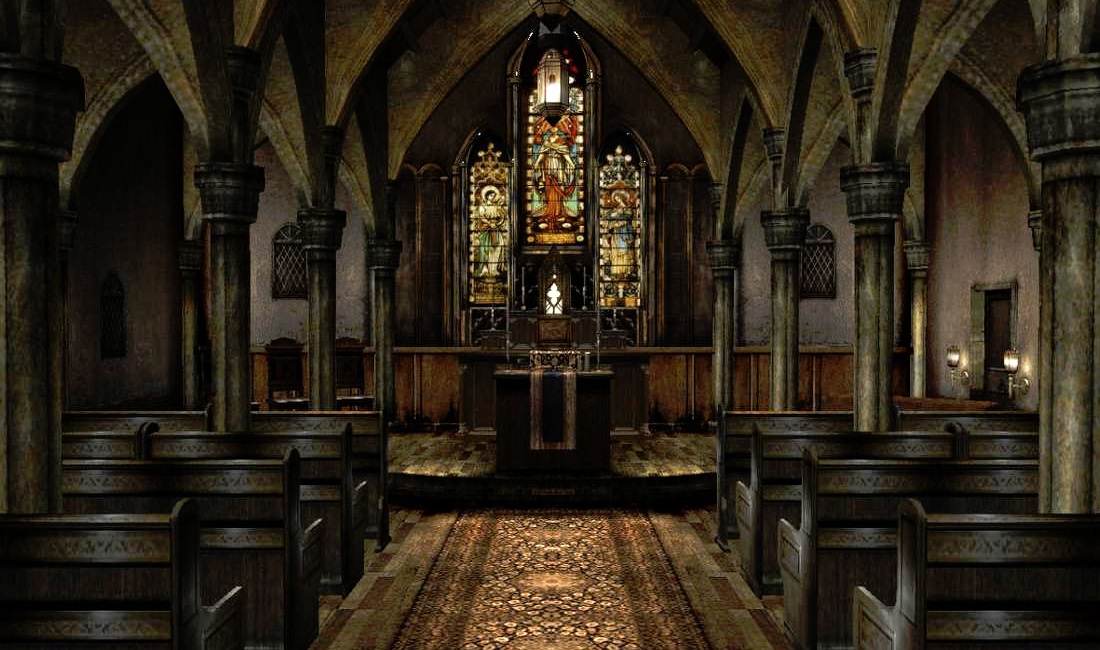 The PS2 games have more detail by virtue of being on a new generation of consoles.

If one were remaking the PS2 games, fans would be more critical of changes and additions. What works? What doesn't? What changes the look and feel of things too much?

But with SH1, only the most essential things need to remain, which are the main objects, and the general lighting/atmosphere. Details can be added to the benches, altar, Crucifix and even to the walls etc. without substantially changing the scene itself.

Of course changes can also substantially alter SH1 too much, but there is more leeway to work with such that a more detailed environment actually improves upon the original. SH1 is more "bare" contrasted to its sequels. This is likely far more due to technical limitations rather than art direction, but the original did the best it could under the circumstances, and in many ways, the limitations helped it artistically.

As for the alternate routes/hidden content, I think it's alright that some things should be a bit more obscure and missable. People, even casuals, like that about games. Makes replaying stuff more interesting too. Most people streaming it will have people in chat guiding them so that they get the most out of it and see everything they possible can. As long as the base standard ending is satisfying enough, people don't mind heading back for another bout to unlock a true ending.

A modern way of making things more convenient is developing the title in such a way so that there is an open-roam mode, so that areas with the hidden content are not permanently cut off. Some games use warp points, but I think SH is better served with level design that is clever and wraps around so that you can come and go from different places (FROM Software apparently does this well with the Souls games from what I've heard and seen).

Clues just need to be pointed to in notes/conversation enough so that people make mental notes and are encouraged or intrigued enough to explore/try something. If there are points of no return, then these should be highlighted and a save-file in the right place made possible for re-exploration, maybe even pointed out after the credits role so that a player can begin from a save point that allows one to re-explore before proceeding to the finale again.
Top

Wow I got to play this game. No more spoilers please.
Top

Wait. Wut.
This post is the property of its author and is not to be used elsewhere without explicit permission from the author.

Maybe there is a typo, and he meant "I've got", hence requesting no spoilers, regarding SH1's secrets/endings?
Top

jdnation wrote: ↑24 Jan 2023 Maybe there is a typo, and he meant "I've got", hence requesting no spoilers, regarding SH1's secrets/endings?

I started SH1 back when I posted the pictures of my 'new' PS2 but didn't get very far.
Top

Ah, okay. I was under the impression you'd already played it like the rest of us normal people.
This post is the property of its author and is not to be used elsewhere without explicit permission from the author.