It's true: Bloober Team is remaking Silent Hill 2. Talk about it in here to keep Remake talk separate from the original! 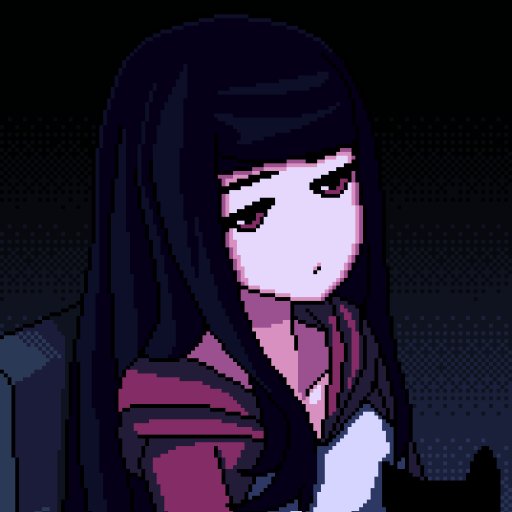 Share your personal story related to the Silent Hill series? Were you, are you a fan of it?
Like many other Bloober Team employees, I played the Silent Hill series as a teenager. It seems to me that at that time I still didn't understand all the aspects raised in it, especially in the second installment of the series. On the other hand, the atmosphere of the game stayed with me for a long time and I often returned with my memory to particular locations, characters and monsters. When I started working at Bloober Team, Layers of Fear [a psychological horror game created by a studio from Krakow - editor's note] was the first project I had the pleasure of creating. It was at that time, already with much greater awareness, that I revisited the series, drawing inspiration for our games.

How did the collaboration with Konami come about?
The Silent Hill series was very important to us back when we were still working on the aforementioned Layers of Fear. When creating our games, we often drew on certain aspects of these iconic productions. The Medium project, but also earlier productions, caught their attention enough to start thinking about us seriously. Our collaboration with Akira Yamaoka, as well as our history of creating games with a similar atmosphere to Silent Hill, opened the door for us to potentially act. Long talks and meetings, both in Poland and Tokyo, resulted in the beginning of this cooperation, the first effects of which you can already see with your own eyes. What makes us very happy is that Konami appreciated our commitment, our knowledge of the series, our passion for the whole genre. We have experience in it and a great team that knows horror like few others.

A remake is a good opportunity to correct shortcomings; what was the first aspect of an already iconic game that you wanted to polish in accordance?
In the first few months of working on Silent Hill 2 Remake, we were very much embracing the original and looking for all possible information about the game, as well as how fans perceive it. The game's world-building and storyline are its strongest points. However, one of the themes that caused some controversy among fans was the combat system.

What upgrades, besides the already announced camera located over the character's shoulder, have you decided on?
It's been 21 years since the release of the original game. Technology has advanced a lot, and many of the solutions that worked in games of that era are now simply obsolete - such as the aforementioned combat system, the AI of enemies, and the general approach to level building from a gameplay perspective were the main aspects we wanted to work on.

Will the remake be 100 percent faithful to the original, or do you have the freedom to modify the script at least slightly?
From the very beginning, we decided together with Konami that we did not want to create another remaster, but a full-fledged remake of this iconic game. At the same time, we wanted to leave some aspects of it almost unchanged. For example, on the story side, the game has stood the test of time. We decided to keep all the threads of the story, only in places modernizing the dialogues and adding some plots to draw players even more firmly into the engaging story.

You're working with Masahiro Ito, among others, and I'm wondering what the collaboration is like on character or environment designs; any chance of a bold creature redesign?
Monster design is one of the more iconic things from the original game. Players who remember Silent Hill 2 know that the appearance of enemies was strongly connected to the story and symbolic layer. Together with Masahiro Ito, we decided early on in production that we would focus on modernizing the original designs rather than creating something completely from scratch. Instead, we prepared a few surprises in this regard.

What "scare" tricks that you like and have developed as Bloober Team have you managed to transplant to Silent Hill 2 Remake?
Bloober Team's games are known for building an atmosphere of horror. Over the past few years, as we've grown as a company, we've added more mechanics to our products, which has meant that we've been able to rely more and more heavily on building tension through the game's atmosphere, rather than using jumpscares. Silent Hill 2 is a game that was based on climate precisely.

How do you plan to use the experience you've gained so far with your games?
Bloober has undergone a metamorphosis over the past few years from a small indie company into a world-renowned entity with more than 200 employees that develops big titles. Like other studios, we are gaining experience and learning what to do and what to avoid. We're now at a point where we can take that knowledge and start making the games we've been thinking about since the company's inception.

Has Konami imposed a lot of restrictions on mechanics and storylines? Does it come to negotiations?
Konami has been a great partner on this project. The cooperation has been very open and creative. After long conversations at the beginning of production and determining key aspects, we set together the direction we want to go. What aspects of the game should be improved, and what is better not to move. We determined high level what our approach to characters, puzzles, camera or level design would be. I'm happy to say that at this advanced point in production, we have a lot of confidence from the original developers of the game, as well as Konami. We feel that the game is heading in the right direction.

The Silent Hill 2 remake is one of as many as four new games from the universe, and there will also be another film adaptation of it. Do you think about all of this when you're working, that it's a veritable network of interconnected vessels, or do you try to avoid undue pressure and separate yourself from expectations?
The care of the high-level vision of the Silent Hill brand belongs to Konami. The team that was created to bring this outstanding IP back to people's consciousness has a very precise plan for development. This allows us to focus solely on Silent Hill 2 Remake. We are happy that more products will be developed in this universe, but we are fortunate to approach this news simply from a fan's perspective.

Well that's going to be controversial to the purists right there.

I've learned throughout the years not to read too much into developer's interviews before any game's release. They often like to talk passionately about the game and its upcoming features, and how they are going to "deliver the best game possible". It's all empty phrases. For instance the developer diary for Resident Evil 3 remake promised a faithful adaptation of the original, but then they ended up cutting around 60% of all locations in the final product.

Silent Hill 2 however is a much smaller game so I don't expect Bloober Team to be omitting any actual locations, and I believe they will keep the story elements intact. The takeaway is that they'll add certain plots and modernize the dialogue "only in places", which could literaly mean anything.

And I'm not saying this trying to come off as some cynical pessimist, because I'll still enjoy the game for what it is. I'll praise the stuff they did right and criticise what they did less right.
I EAT GALAXIES FOR BREAKFAST.
Top

I'm sure the most iconic dialogue will remain. After all, "in my restless dreams I see that town Silent Hill" remained in the trailer. I suspect the contents of the letter and the prison James/Mary scene will remain very similar.

They will change things like Angela's awkward "LAWST?!?!"
"Oh yeah, I've been here before
I can see it with eyes closed
Shadows that look like blood
Dead as far as the mind goes
Fear that comes from my head
Lives in the mirror"
Top

I honestly don't know what there is to modernize.

If I had to guess, SH2 Remake's timeline is no longer circa 2001, but 2020, and they have to explain why James isn't using a smartphone GPS to find his way around and other modern conveniences. Hence an old fashioned paper map, and flashlight radio. Which I'm okay with.
Top

It took place in 1994, right?
"Oh yeah, I've been here before
I can see it with eyes closed
Shadows that look like blood
Dead as far as the mind goes
Fear that comes from my head
Lives in the mirror"
Top

Probably. Though Masahiro Ito says it takes place earlier than that.

Ito may have initially intended for it to be in the late '80s, but later games have indicated otherwise.

This is my 19,800th post.
This post is the property of its author and is not to be used elsewhere without explicit permission from the author.

What will you do when you reach your stated goal of 20,000?
"Oh yeah, I've been here before
I can see it with eyes closed
Shadows that look like blood
Dead as far as the mind goes
Fear that comes from my head
Lives in the mirror"
Top

And probably go through the entire forum and comment on the last post in every single thread.
This post is the property of its author and is not to be used elsewhere without explicit permission from the author.

Be careful. You might trigger an email alert of a new reply that could bring certain people back

"Oh yeah, I've been here before
I can see it with eyes closed
Shadows that look like blood
Dead as far as the mind goes
Fear that comes from my head
Lives in the mirror"
Top

And this is *exactly* why I said probably. I feel like you know these games better than the actual developers at this point. haha

>Be careful. You might trigger an email alert of a new reply that could bring certain people back 😜<
That's the plan!

>And this is *exactly* why I said probably. I feel like you know these games better than the actual developers at this point. haha<
Ha — Thanks! I like to think I'm pretty good at this whole Silent Hill thing.

This thread goes more thoroughly into why I believe so. It starts with Ito's comments that it's not in the '90s, which Ryan and I try to promptly quell, which I like to think we did . Specifically Amy Baldwin's calendar is pretty damning, considering it coincides with November 1984, and we know from Ernest that "It's been 10 years, but I still. . . .", implying she died a decade before the events of SILENT HILL 2.
This post is the property of its author and is not to be used elsewhere without explicit permission from the author.

Sorry, I just assumed the game's timeline was contemporary to the release date.

Either way, I assume that Bloober might either try to emphasize that the date is older, or set the game in a contemporary timeline and account for the modernity in mechanics and dialogue.

I guess we'll know once we see more, particularly character design wise if there are fashion alterations that are obvious. James is still close to the original so not much to glean from him or the profile of Mary.
Top

>Sorry, I just assumed the game's timeline was contemporary to the release date.<
If that were the case, SILENT HILL 3 would be set in 2016.

And I don't know about SILENT HILL 2: REMAKE being contemporary, especially based on James' absolute beater of a car. I don't see a lot of '78 Novas rolling around here in 2022.
This post is the property of its author and is not to be used elsewhere without explicit permission from the author.