I just realized that Margret (judge holloway) said that they had to kill their own flesh and blood their children to keep the gods away.(keyword: their) well if she killed Alex then it wouldn't stop because he is not her child! The town would still be cursed no matter what. Plus if she killed him it would end the 4 families

As the contract was broken, the four families no longer needed to sacrifice their kin. In fact, Margaret killing Alex probably wouldn't have done much of anything. She was just a crazy hussy.

Also, I'm sure Alex had cousins and the families had branches. It's hard to snuff out a bloodline when it's been around for a couple hundred years.
Â¿QuÃ© carajo estÃ¡s haciendo aquÃ­? Â¡LÃ¡rgate, cabrÃ³n! 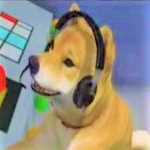 Oh God... I think you're right. Hannah has a point... the more questions asked, the less sense made.

For the love of Christ, someone clarify and make sense of this.
*screams internally*
Top

I was under the impression that Judge Holloway just wanted to teach Elle and Alex a lesson...She was just pissed off at Alex that her murder of her daughter was for nothing.
Hurm...
Top

Anyway what if Adam killed Alex? Then it still wouldn't matter because Josh died because of Alex. Margret probably forgot her own words for a couple of minutes and tried to end it. But instead resulted in her own death by the drill !
[img]http://i527.photobucket.com/albums/cc355/jewjew911/henrytownshend21-1-1.gif[/img]
Top

I think if Adam killed Alex all of this would have been avoided. The contract was, as far as we know, "Parent must kill child." Why Adam didn't do it is debatable, if he was never going to be able to do it, or if he was afraid he couldn't pass on the line because of Joshua's death. I'm not sure why he didn't do it. I'm sure the Gods didn't go "HEY SOMEONE DIED ON ACCIDENT TIME TO BLOW STUFF UP!" At least, I hope not. Thinking about this is making my head hurt. >_<;

Holloway was just trying to hard to be like Claudia, in my opinion. >_>; A less faithful, dumber version. You can't just turn to the Order to save your own ass, sweetie.
Â¿QuÃ© carajo estÃ¡s haciendo aquÃ­? Â¡LÃ¡rgate, cabrÃ³n!

Maybe that's a good possibilty but think about it if she did forget her own words she would have to be totally moronic
[img]http://i13.photobucket.com/albums/a266/jeff24fan/UIF%20Avatar%20Shop/eileen.png[/img]
Top

henrytownshend21 wrote: Anyway what if Adam killed Alex? Then it still wouldn't matter because Josh died because of Alex.

Adam had made his decision not to kill Alex while Josh was still alive... if he had killed Alex, Josh wouldn't have been accidentally murdered.
Top

Again, I lay my theory of the death of the Master of Arms. When Adam gave Josh the ring, he passed his title onto his son (as Adam's father did before him, and so on). Alex was estranged and thus the intended sacrifice. When Josh, heir to the contract and owner of the Shepherd ring, died by accident, the law of keeping all four positions (Executor of Law, Performer of Rites, Keeper of Lore, and Master of Arms) and assuring their continuation was broken, and the Gods became uber pissed.
Hurm...
Top

That's a wonderful theory. Way to achieve, overachiever. You've got my vote.

Wow I get good theories then I always get proved wrong......=(

I wonder how Adam knew Were josh and alex were
[img]http://i527.photobucket.com/albums/cc355/jewjew911/henrytownshend21-1-1.gif[/img]
Top

Alex probably rowed back to shore and went for help. Adam got his boat and went to fish Josh out.
Â¿QuÃ© carajo estÃ¡s haciendo aquÃ­? Â¡LÃ¡rgate, cabrÃ³n!

Why the heck wouldn't Alex jump in there after him? Would the cold water shrink his already shriveled balls up? Sounds pretty cowardly to me. I've never heard of someone just SINKING like a brick.
*screams internally*
Top

Would you dive after a corpse? Toluca lake has a pretty gnarly history, dude. You probably wouldn't make it out.

Besides, I think Alex's mind might have shattered at that point (Couldn't have been more obvious if he shriveled into a ball and repeated 'I'll save him!' over and over, imo). Saving his brother is, after all, his motivation for the entire game.

Or maybe Adam did find they were gone and followed them out. Either way, it's an irrelevant piece of information.
Â¿QuÃ© carajo estÃ¡s haciendo aquÃ­? Â¡LÃ¡rgate, cabrÃ³n!

I'm pretty sure Josh died from drowning, not hitting his head. Even so, Alex had no idea if Josh was dead or not. Why would he just let him sink? Imagine a relative you cared for falls into a body of water unconcious... wouldn't you at least TRY to save them? It would have been at that point I'd expect Alex to forget about "gnarly histories" and man up a little.

I doubt Alex would snap and lose it right then and there. Him just going, "OMG Josh is dead and I'm crazy" just like that... doesn't sound plausible. I think he more or less lost it when Adam came out and rubbed it in Alex's face that, yes, he is responsible for Josh's death.

It's not irrelevant by any means. If Alex did nothing to at least TRY and save his little brother who he cared for as much as he did, it's a direct reflection of Alex's character.

Maybe that's what the Lurker is representing... the split in its face is like how Josh cracked his skull, and how it's usually found in water or dragging its legs... you see where I'm going with this.

Oh yes I do see where you're going with this, and it's going to give me nightmares forever!
The only way for evil to continue, is for good men to do nothing!!!!
Top

@Joshua: Dude, his neck snapped on the boat. Even though the drowning was what finished him off, he was on a one-way ride to Deadsville.

@Original Topic: Judge Holloway was killing Alex for the same reason as everyone else: Not following the Order. The contract is broken and Shepard's Glen is royally boned, time to blow this joint and go back to Silent Hill in the old school.
[quote="BlackFire2"]I thought he meant the special powers of her vagina.[/quote]
Top

AuraTwilight wrote:@Joshua: Dude, his neck snapped on the boat. Even though the drowning was what finished him off, he was on a one-way ride to Deadsville.

Eh, I'll have to rewatch that scene, his neck snapped on the boat? I don't remember that.

As for him just standing there, it's not implausible. Anyone who saw the movie about Ray Charles could somewhat understand. That, and/or it could just be a dramatization of the actual events. That's the way I took it
Top

henrytownshend21 wrote:I just realized that Margret (judge holloway) said that they had to kill their own flesh and blood their children to keep the gods away.(keyword: their) well if she killed Alex then it wouldn't stop because he is not her child! The town would still be cursed no matter what. Plus if she killed him it would end the 4 families

Who would carry the family name?

I was under the impression that was just a creepy bonus/demo video. I suppose it's up for interpretation.
Hurm...
Top
Post Reply
80 posts