Yoshata wrote:...I could have sworn it was
PRIME_BBCODE_SPOILER_SHOW PRIME_BBCODE_SPOILER:
the void. Isn't that what was chasing him when he finally got in the vent? It just didn't break down the door until Murphy hopped into the vent.


This...i could have sworn that's what it was when you finally start crawling thru the vent...and why are we hiding spoilers?...isn't this the spoiler forum?
Top

Eventually (and by eventually I mean probably quite soon) the spoiler forum will be merged with the non-spoiler forum. We always create a separate subforum for spoiler-y content so that people who are really excited about the game have a chance to play it shortly after its release and discuss it in relative safety within a non-spoiler forum. Downpour's been out for awhile now, so it's getting about time to merge.
Top 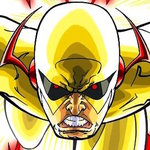 I'd like to think that the monster is something else, something that we'll never see or understand. It's scarier that way.
Screenplay Archaeology Podcast - ESCAPE FROM L.A. EPISODE IS UP!
Top

^ I really would like to think that, but sadly, as soon as the door caved-in a bit the first time, I thought "Juggernaut."

It's cemented in my brain.

But either way, for a cheesy QTE, it was quite heart-pumping.
Top

DMChristensen wrote:It's probably a Juggernaut, but I like to believe it is a unique enemy (similar to the Blood Sucker from SH1, or the sewer monster from SH3) that is supposed to remain a mystery.

Yeah, I like the way you think. Same here.
Top

Juggernaut's too heavy to fly!
Top

I am pretty sure it was the Juggernaut.
http://www.youtube.com/user/jeremyjh13? ... BjX2Y0gNrc- Survival Horror Game Library
Top

A Juggernaut couldn't fit through that vent Murphy crawled through, nor does it move the way the camera view suggested.

I'd go with Juggernaut as well, except that I don't think they'd be able to fit and crawl through the vents that fast. Plus, if it was a monster that we'd already seen, I don't see why they would go through the trouble of obscuring what the monster actually was.

Personally, I prefer the idea that it's something else, and the fact that you never see it makes it even better. Makes you feel like you don't want to know because hell if you want to look back at the thing that's going to kill you in two seconds.
Top

Question: does the monster actually catch up with you if you move too slowly?

Shattered Memories:
PRIME_BBCODE_SPOILER_SHOW PRIME_BBCODE_SPOILER:
The game did something similar where you're being chased by Raw Shocks and you're stick in a wheelchair; it was a WONDERFUL scare moment, but it turns out the game won't let them catch you.

Not much of a spoiler, but spoilered it anyway since Yuki did. Preserves the surprise for anyone who hasn't played SM.
Hunting the abyss lord . . . Only one will stay alive!

Silent Fantasy wrote:A Juggernaut couldn't fit through that vent Murphy crawled through, nor does it move the way the camera view suggested.


This pretty much....it had to be the void...the way murph was running from that thing gives you that impression, where as with the prisoners, even tho he might've been scared or frieghtened (spel) he still managed to fight them...and like you mentioned, the camera moves in such a way that would suggest it's something more than your average enemy..
Top

Again, the Void can just go through walls. It's not possible for it to be the Void, and I doubt that it's a Juggernaut because I'm pretty sure the sound is different.

I think it's just an obscured monster we've never seen before, kind of like the locker monster that drags Harry in SH1 or the sewer monster that pulls Heather underwater in SH3.
Top

It's the Boogeyman. They even have the same gas mask as point of view.
Top

clips wrote:
it had to be the void...the way murph was running from that thing gives you that impression, where as with the prisoners, even tho he might've been scared or frieghtened (spel) he still managed to fight them...and like you mentioned, the camera moves in such a way that would suggest it's something more than your average enemy..

Couldn't be.The Void can go straight trough walls, like said here before. Besides, it would just suck the door, not punch it. And The Void gives off those weird particles and distorts the light near it.

and it wasn't the boogeyman either, because Murphy killed him in the monastery, and the noises that he makes are a lot different. Besides, the Boogeyman is a lot bigger than the prisoner juggernaut, he wound't fit the vent, specially with his hammer.

So it was probably a juggernaut or a different monster.
"Good people should love their enemies" - Seu Madruga
Top

It's a Penis, because Silent Hill.
Value your failures more than your successes. Successes only last until someone screws them up. Failures are forever. She left...and...I'm lost.
Top